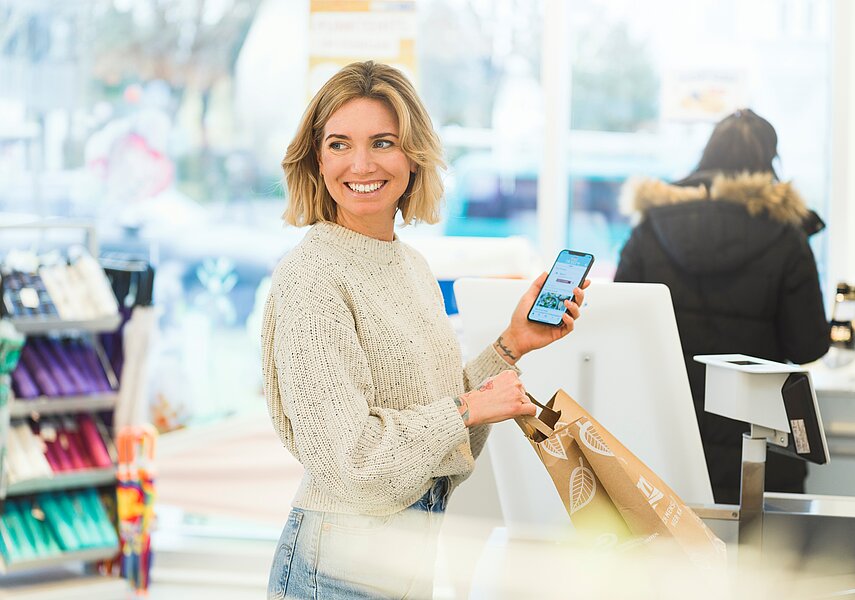 The PAYBACK app provides users with "very high added value". This is the result of a study conducted by Süddeutsche Zeitung together with SZ Institut and the rating and ranking agency Service Value. A total of over 500 apps were evaluated in 47 categories, including entertainment, shopping, mobility, finance, messenger and social media. The PAYBACK app achieved the best scores in the customer assessment together with brands such as Amazon, AboutYou, Booking.com, eBay, Idealo, Rewe and PayPal.

The PAYBACK app is used by more than 10 million users in Germany. It bundles services such as collecting and redeeming points, but can also be used to activate coupons, make mobile payments and store with PAYBACK partners. The app also offers the PAYBACK GO service, which allows customers to "check in" with a partner using their smartphone and thus receive even more offers and coupons for their purchases. A new feature of the app is "Fuel & Go": this service eliminates the need to queue at the checkout when refueling at Aral service stations, and the tank is paid for directly from the pump using the PAYBACK app. Recently, PAYBACK also provided even more flexibility for mobile payments by enabling customers to deposit a credit card with PAYBACK PAY.

The "Added value of mobile apps" study is based on user feedback for mobile apps that have actually been used over the past 12 months. Specifically, the survey asked, "To what extent do you agree from your own experience that using the following mobile apps is beneficial and consequently delivers added value?" An answer scale was used to calculate a mean value for each app, so that comparability within as well as outside the respective category was created and can be made visible via rankings. The "High added value" award was given to apps that performed better within their category than the overall score across all competitors. Only apps that were again above average within this group received the "Very high customer value" award, as did the PAYBACK app.

PAYBACK has already won a number of awards for its app, the most recent being first place at the "German Bonus Awards" in February. In the BILD Nutzer:innen study, it achieved the "Top Everyday Apps" award in 2021.