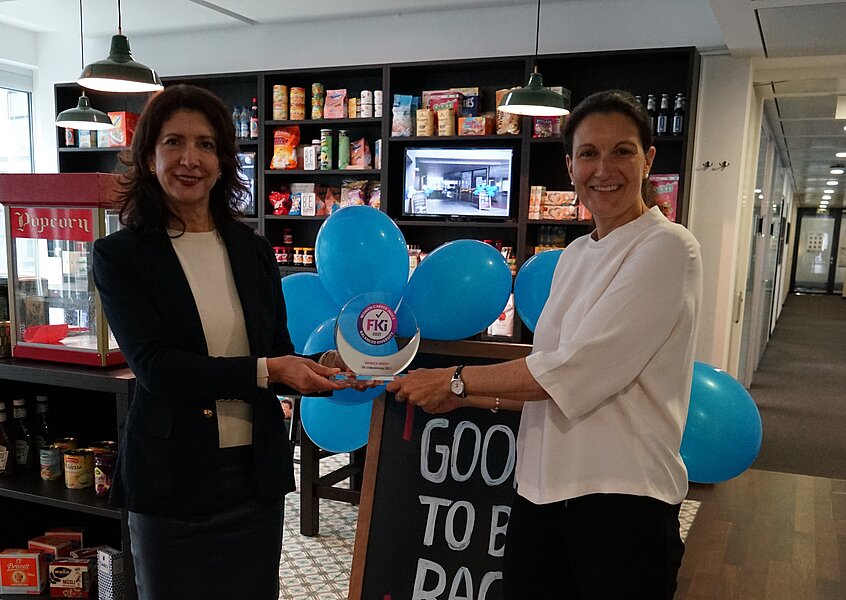 The PAYBACK GROUP was awarded the Women's Career Index (FKI) for its measures to promote women and inclusion & diversity. "Promoting diversity in the company and also living it - that means actively promoting equal opportunities with targeted measures, regardless of gender, age, origin or lifestyle. We are very pleased about the FKI certification because it represents further recognition of our many PAYBACK initiatives in recent years," says Carolin Schlegtendal, Director HR & Head of Talent Acquisition at PAYBACK GROUP. More than 300 companies took part in the Women's Career Index, including many Dax companies.

The aim of the FKI is to make the advancement of women measurable and thus to evaluate and further expand targeted activities. It is divided into three sub-indices: status/dynamics, commitment and framework conditions. Participants are analyzed for relevant core drivers as well as strengths and weaknesses so that individually effective measures can subsequently be identified. The FKI was developed ten years ago with the support of the German Federal Ministry for Family Affairs and is regarded as a pioneering seal of quality for commercial enterprises. It is now regarded as the leading tool for analyzing the diversity dimensions of gender, internationality, physical and mental abilities, sexual orientation, age and origin.

The PAYBACK GROUP is part of American Express and employs around 1,200 colleagues at its headquarters in Munich, with other companies in Austria, Italy, Mexico and Poland. In addition to the market-leading PAYBACK bonus program, the sister company Loyalty Partner Solutions (LPS) is also part of the award-winning group.

"We promote talent that values an open and appreciative corporate culture," says Schlegtendal. "PAYBACK GROUP is looking forward to receiving many applications, this especially in the areas of IT and marketing."
You can find a press photo here