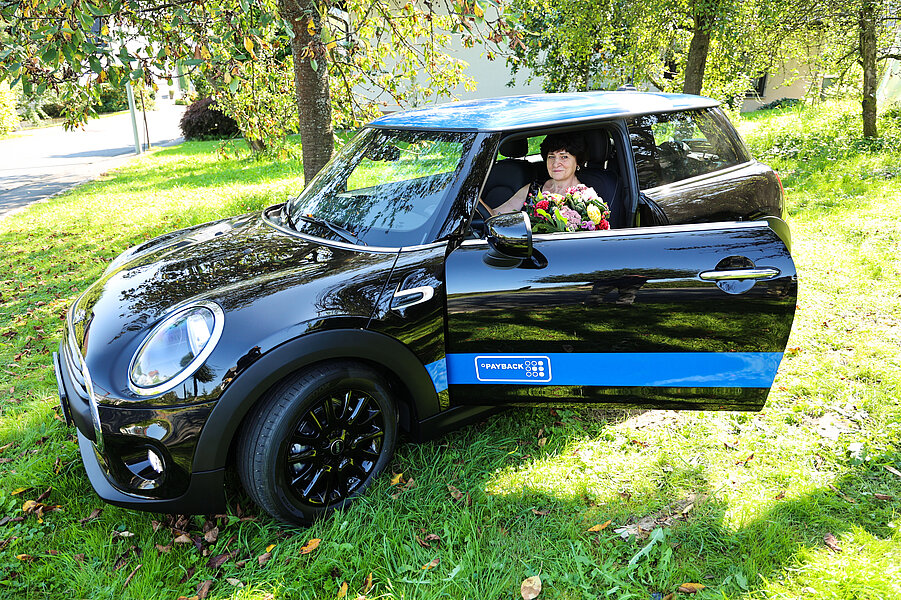 Wilnsdorf - Munich, 10.09.2021 - Ursula B. could hardly believe her luck: In the PAYBACK SUPERLOS, she was drawn as the winner of the black BMW MINI One. "I won't forget this call in a hurry, I could hardly believe it at first when PAYBACK contacted me - and I had to ask three times straight away," recalls the likeable Wilnsdorf resident with a laugh at the happy news from the company's Munich headquarters. It has not yet been decided who from the family will drive the sporty runabout, but it is certain that she will take part again in the next campaign.

From 3.5. to 30.5. there was with the SUPERLOS action for each purchase and premium order a super lottery ticket with two profit fields with immediately profits and numerous attractive prices with many PAYBACK partners among other things Aral, dm and REWE.

Currently, the 31 million PAYBACK customers can once again win numerous instant prizes, extra points and e-coupons with every purchase from the 25 participating partners in the popular Joker campaign until the end of September, and even win a dream house. All information on the campaign can be found at: www.PAYBACK.de