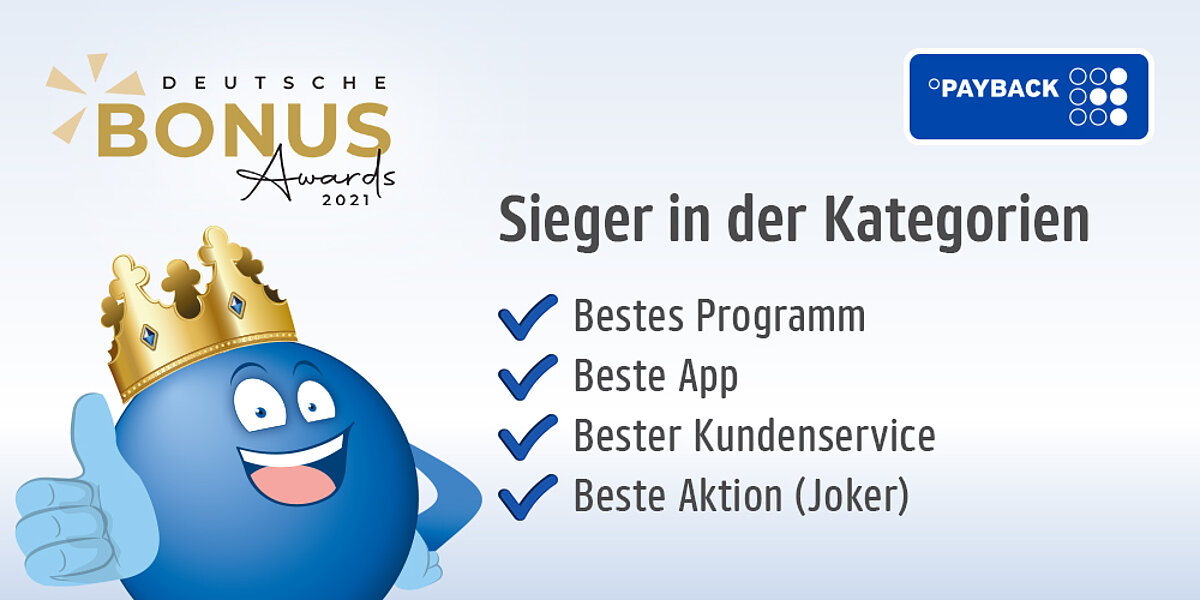 "Best program", "best app", "best customer service" and "best promotion": PAYBACK took first place in all categories at the German Bonus Awards. More than 25,000 participants took part in the public vote and voted for Germany's largest and most popular bonus program by a wide margin. "This is a great result that we are very pleased about - especially because we received this great feedback directly from customers, and that is the best confirmation of our products and our performance," says PAYBACK CEO Bernhard Brugger. PAYBACK is followed in second place by the Miles & More frequent flyer program.

In addition to the public vote, there is also a jury vote for the "German Bonus Awards", which were announced for the first time this year. The jury is made up of loyalty experts who vote on outstanding innovations in programs. Here too, PAYBACK was the winner with its PAYBACK app, which is already being used by over 10 million users.

The aim of the new awards is to honor the achievements of an industry that inspires customers with innovation, inspiration and service and helps them save money. "Whether it's points, miles or cashback - almost three quarters of German citizens use the opportunity to gain an advantage or save money. This puts them well above the European average. Now the programs that convince are also regularly awarded for it," says initiator, book author and bonus expert Ulf-Gunnar Switalski, also known as "UpgradeGuru." He has been involved with loyalty programs for 30 years and passes on his knowledge to consumers in online magazines, books and columns.