The PAYBACK GROUP is one of the employers with the best career opportunities in Germany. 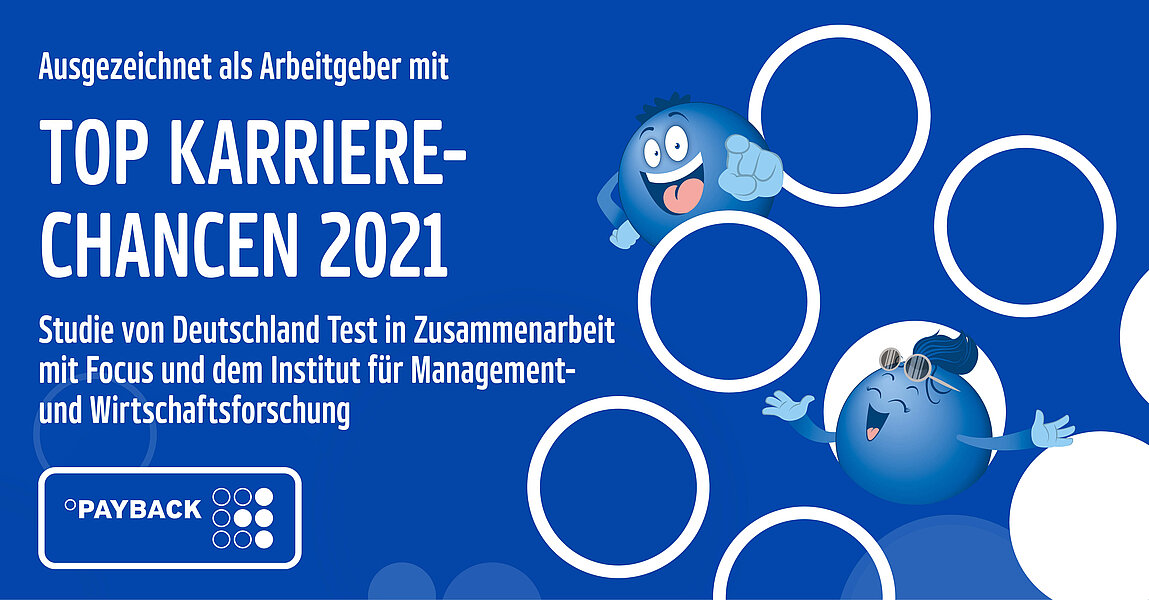 This is the result of a study conducted by "Deutschland Test" in cooperation with Focus magazine and the Institute for Management and Economic Research. In the 'service provider' category, PAYBACK achieved the highest score with 100 out of a possible 100 points. "For more than twenty years in the market, we have placed a great deal of emphasis on an appreciative and employee-oriented culture. This also includes the best career opportunities and targeted support for existing and new colleagues. We want to offer talents an environment in which they can be successful and thus develop in a targeted manner," says Carolin Schlegtendal, HR Director and Head of Talent Acquisition at PAYBACK.

According to Schlegtendal, those who want to personally convince themselves of PAYBACK's advantages as a top employer currently have the best opportunities to do so: "We are hiring in many areas and are looking forward to reinforcements in the areas of mobile applications, technology & IT, marketing and sales."

PAYBACK has received a remarkable number of awards in recent months, both for its customer focus and innovations, and especially as an employer. For example, the company has been named a 'Top Employer' for the 15th time and is also considered the "Best Employer for Women", among other achievements. The tech company is very committed to the topic of inclusion & diversity.

The current study examined the 22,500 largest companies in Germany according to defined criteria in order to draw a comprehensive picture of current career opportunities. Among other things, the following criteria were examined in greater detail: Development of the number of employees, proportion of employees older than 55 and proportion of women, talent management, promotion opportunities for new employees, training opportunities and development plans, employee promotion, equal pay for equal position and employee loyalty. In addition, from September 2020 to August 2021, a good 2 million internet mentions and texts were evaluated by keywords via social listening analysis.

At https://www.payback.group/de/jobs/, interested candidates can find all currently advertised positions in the company.

You can find a press photo here.