The Munich office of the agency 'Zum goldenen Hirschen' has won a PAYBACK contract: the Hirschen are to get even more customers interested in Germany's largest and most popular bonus program via TV - and in particular highlight the benefits of the PAYBACK app. In five commercials, the most important actors in the PAYBACK program - the points - are brought to life. They get to the heart of the benefits. 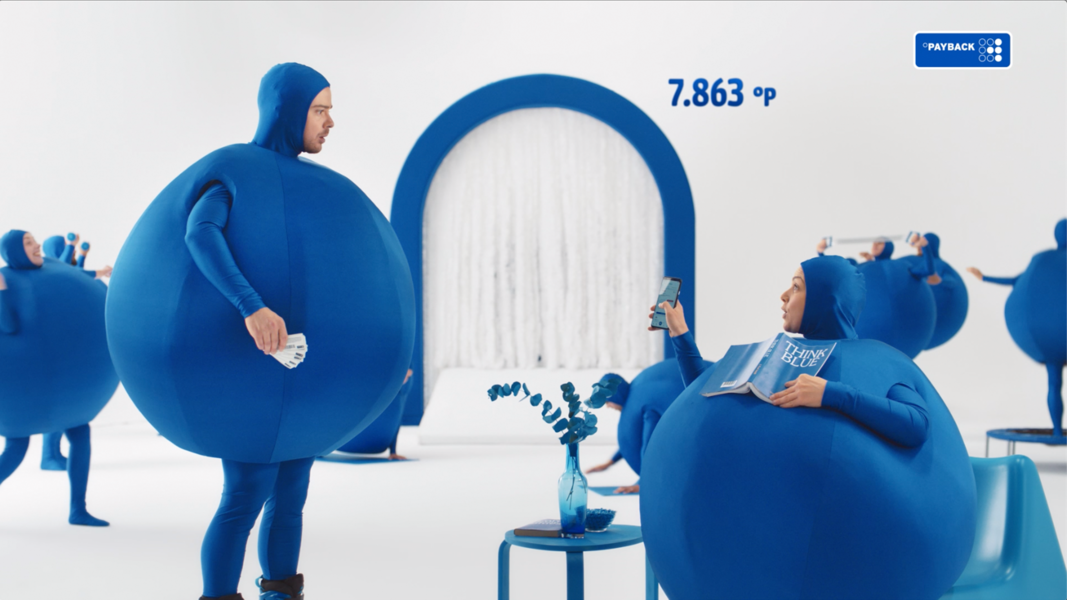 The list of benefits of the PAYBACK app is long. It's not for nothing that more than 10 million customers in Germany are already using it. It can be used to collect points, redeem points, activate coupons and make mobile payments. To get even more people excited about this useful bundle of services, Munich's Hirschen have developed five special spots that explain the benefits in a fun, conversational way. "Real" people in blue, spherical points costumes talking about the advantages of the app compared to the classic customer card. The twist: at the end of each spot, the points are revealed to be inside a smartphone and inside the PAYBACK app.

"With our new TV spots, the Hirschen have created an exciting mobile world through which we can familiarize customers with the numerous benefits. Implementing PAYBACK points with real people transports all the app possibilities in a smart, funny and also a bit crazy way," says Sandra Neumeister, Director Brand & Trade Marketing at PAYBACK.

In the dialogues of the spots, the points are given their strong characters. "Blue", for example, is a very fresh addition to the app, young, inquisitive, somewhat naive and clumsy. "Blue" is an old points hand: she has seen many points come and go. She knows everything about PAYBACK. Sometimes she comes across as a bit grumpy, but she actually thrives on showing the young dots all the great things they have in them.

"The challenge for us was to find a solution that allowed for multiple films on different topics within the budget. A solution that explains a lot while being entertaining and modern to promote the brand," explains Jasmin Seitel, who forms the management team in Munich together with Arndt Rossnagel. "With the spots have now implemented a very strong branding, so that all films can be immediately associated with the current campaign and the PAYBACK app," adds Rossnagel.

The nationwide campaign will launch on Monday, November 8, 2021.