The PAYBACK GROUP has established an Inclusion & Diversity (I&D) Board, on which four female managers will work to promote even greater equality and diversity within the company. 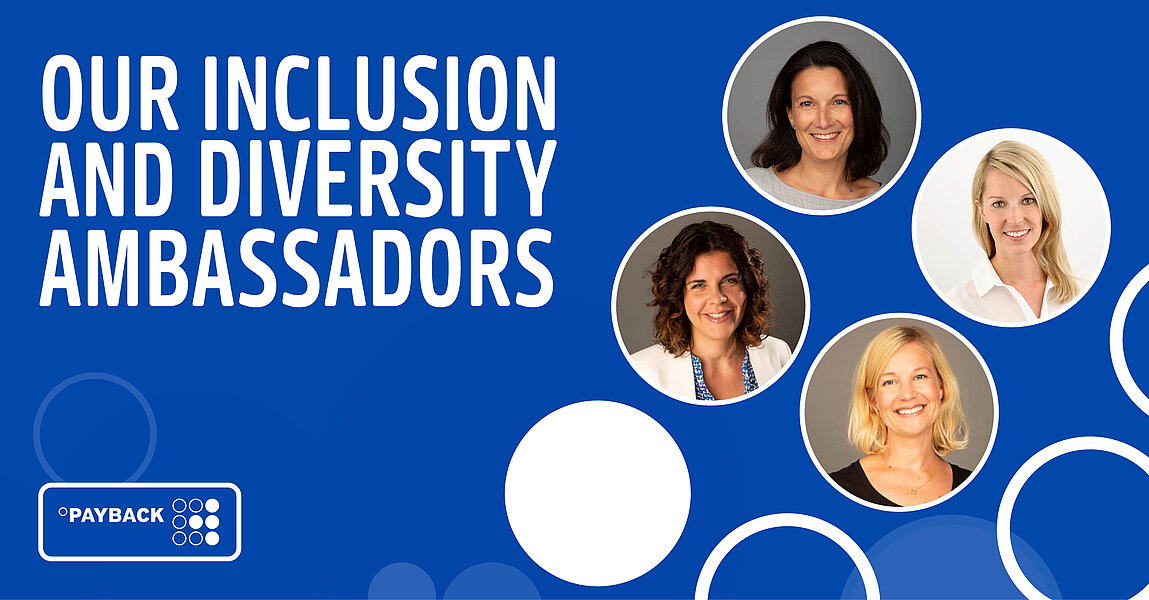 The PAYBACK GROUP has established an Inclusion & Diversity (I&D) Board, on which four female managers will work to promote even greater equality and diversity within the company. The four I&D Ambassadors Carolin Schlegtendal, Theresa Gimbert, Anna Reichert and Jasmin Stemig have set themselves the goal of not only bringing more female managers into management in all PAYBACK countries worldwide, but also developing creative new leadership models and promoting young talent. "We have been very committed to the topic of I&D for several years now, and now it is being given the status it deserves with its own I&D Board. I am sure that our Ambassadors will move and change a lot here and I personally support this with full conviction," says Bernhard Brugger, CEO Global Loyalty Coalition and EVP American Express at PAYBACK.

"Working together on the topic of inclusion & diversity is valuable for the entire PAYBACK GROUP, it will further enrich our corporate culture and be another success factor for the company," says Carolin Schlegtendal, Director Human Resources and Head of Talent Acquisition at PAYBACK. She adds that it is not just about having more women in management positions, but also about creating a diverse and inclusive work environment for all. "I&D must become the 'new normal' for an attractive employer," says Schlegtendal.

PAYBACK has already proven itself to be an extremely attractive employer on several occasions by winning awards. For example, the company has been named a "Top Employer" for 15 consecutive years, making it one of the best employers in Germany. In 2019 and 2020, PAYBACK also ranked among the best employers for women in Germany, with 5 out of 5 possible stars, according to women's magazine BRIGITTE. Among 'employers with up to 2,000 employees', the tech company was even ranked among the top 10.

The PAYBACK GROUP, which belongs to American Express and which, in addition to the well-known PAYBACK bonus program, also includes the Loyalty Partner holding company and its sister company Loyalty Partner Solutions (LPS), employs around 1,000 people at its headquarters in Munich. Other companies are located in Italy, Mexico, Austria and Poland, among other places. Colleagues particularly appreciate the benefits, such as the mini-daycare center or the in-house gym, which the "Top Employer" makes available to them.

Pictures of the four I&D Ambassadors can be found here in the PAYBACK.net press area: