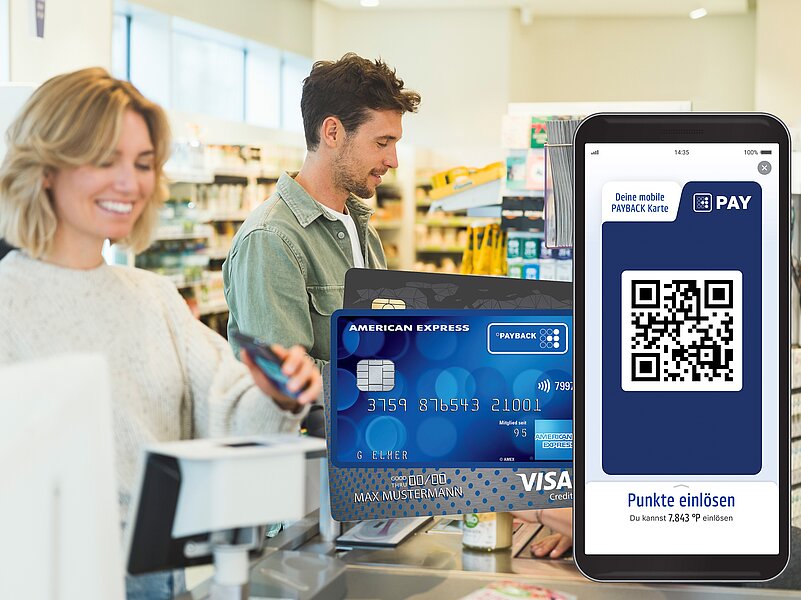 The PAYBACK bonus program is further expanding its mobile payment function in the successful PAYBACK app: As of now, PAYBACK PAY users can also store a credit card as a means of payment and thus collect even more points than before when shopping - for example, with the PAYBACK American Express credit card. "More than 10 million PAYBACK customers are already using our mobile program, and more and more are paying with PAYBACK PAY because it is practical, fast and secure. We are convinced that the new service of using PAY with a credit card will be popular and widely used," says Carolin Thomass, Director Mobile Check-out at PAYBACK.

According to the Postbank Digital Study of 2021, PAYBACK PAY leads as a mobile payment function in Germany among the over-40s, ahead of Google PAY and Apple PAY. Until now, PAYBACK PAY users:inside have been able to store their IBAN and the amount to be paid is debited from their account immediately. This function will remain unchanged: Customers can thus choose which payment method they prefer with the PAY partners, their IBAN or their respective credit card. Currently, 555 extra PAYBACK points are available on top of the PAY point benefits for depositing a credit card and making the first payment.

The PAYBACK app is appreciated for its bundle of services and, above all, for the quick "check out" in the store. With the app, customers can not only activate coupons to multiply their points, but also collect, redeem and pay for points in just one step. The app offers a wide range of other functions, such as mobile shopping or point donations, and the games section is also new and very popular. The app has won many awards, most recently Focus Money named it the "most customer-friendly app 2022".  The Süddeutsche Zeitung newspaper attests to the PAYBACK app's "particularly high customer benefit", and in the BILD Nutzer:innen study it is clearly among the public winners with the "Top everyday app" award.

You can find a press photo here.